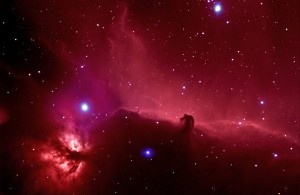 When I was eleven and twelve I prayed to God many times for the abuse from my stepfather to stop. It never did, so I grew up to believe that either there was no God or else He/She/It did not care about me. In adult life, my relationship with a Higher Power have been tenuous at best. My attitude for a long while was “if it is to be, it’s up to me”. I made myself my own God of sorts and felt whatever happened was by my own doing. Many years had to pass and my recovery had to begin before I could even admit the smallest possibility of a power beyond me. Even today I remain skeptical but accept there is something outside of me that is beyond my power to fully grasp and comprehend. Whether it is the power of the Universe, cosmic law or God the Creator does not materially matter to me. What does is believing in the possibility.

The human mind is not capable of grasping the Universe.
We are like a little child entering a huge library. The walls
are covered to the ceilings with books in many different
tongues. The child knows that someone must have written
these books. It does not know who or how. It does not
understand the languages in which they are written.
But the child notes a definite plan in the arrangement
of the books, a mysterious order which it does not
comprehend, but only dimly suspects.
Albert Einstein

The Courage to Suffer 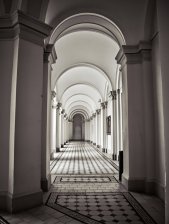 Recovery from codependence is not for cowards. It requires courage that comes from realizing it hurts more to stay the same, than it hurts to change. Courage is finding the inner strength and bravery required when confronting danger, difficulty, or opposition… it resides deep within each of us, ready to be accessed in those moments when you need to forge ahead or break through seemingly insurmountable barriers. It is the intangible force that propels you forward on your journey… Courage is learned in the moment that you take a leap of faith and take action. Cherie Carter-Scott PH.D. from the book “If Life is a Game, These are the Rules”

There is no need to be ashamed of tears,
for tears bear witness that a man has the greatest of courage,
the courage to suffer.
Viktor Frankl