Posted by James Browning on January 31, 2014
Posted in: Learning From the Past, relationships, Seeing clearly. Tagged: changing habits, growing up, letting go. 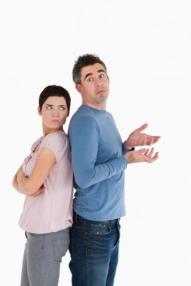 Male attachment needs are somewhat different from women’s. Men generally do not need verbal communication about feelings or “talks” about the relationship. Nor do they need direct, verbal validation of their feelings or needs. Men have a natural, biological proclivity toward interaction with the environment, more so than the verbally based interactions that women desire. They do need to know they are appreciated, respected and loved. And men are often quite satisfied by having these needs met with direct, physically nurturing behaviors by women. Many adult men feel a basic sense of security and even love simply by the very presence of the significant women in their lives. Men also experience sexual connection as a form of nurturance, acceptance, love, and even emotional security. Sex for men is a primary attachment need – compared to women, who need verbal communication and validation. Men also tend to have fewer friends than women, and when they do, they tend to focus on activities rather than verbal interactions (watching sports, hunting and fishing are examples). Recent findings from modern neuroscience and interpersonal neurobiology show there are unique aspects of the male brain (also endocrine and other systems) – quite different from female brains. This includes analytical brain structures (not emotional) designed to solve problems. Men have an inborn, biologically based competitive instinct. They also have an area of the brain designed for sexual pursuit that is more than 2 times larger than females (Brizendine, 2010). The brain circuits for fear, aggression and defense are far more prominent in men than in women. In comparison, women have more prominent mirror neuron systems for emotional empathy. There are no male-specific diagnoses in the Diagnostic and Statistical Manual of Mental Disorders. The most common diagnoses for men are addictions, personality disorders such as narcissism, avoidant, and anti-social personality disorders, intermittent explosive disorder, conduct disorder, and ADHD. Depression, however, is very common in men. Men also experience complicating medical issues such as stress-related heart and digestive disorders, and they may also present with a variety of sexual disorders. Other medical concerns may result from drug and alcohol addiction. From article by Richard J. Loebl, LCSW, PA http://www.goodtherapy.org/therapy-for-men.html