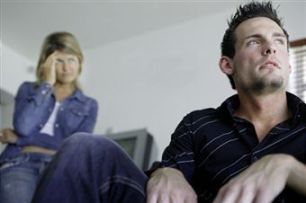 A married couple was in a car when the wife turned to her husband and asked, “Would you like to stop for a coffee?” “No, thanks,” he answered truthfully. So they didn’t stop. The result? The wife, who had indeed wanted to stop, became annoyed because she felt her preference had not been considered. The husband, seeing his wife was angry, became frustrated. Why didn’t she just say what she wanted? Unfortunately, he failed to see that his wife was asking the question not to get an instant decision, but to begin a negotiation. And the woman didn’t realize that when her husband said no, he was just expressing his preference, not making a ruling. When a man and woman interpret the same interchange in such conflicting ways, it’s no wonder they can find themselves leveling angry charges of selfishness and obstinacy at each other. We cannot lump all men or all women into fixed categories. But the seemingly senseless misunderstandings that haunt our relationships can in part be explained by the different conversational rules by which men and women play. Men grow up in a world in which a conversation is often a contest, either to achieve the upper hand or to prevent other people from pushing them around. For women, however, talking is often a way to exchange confirmation and support. I saw this when my husband and I had jobs in different cities. People frequently made comments like, “That must be rough,” and “How do you stand it?” I accepted their sympathy and sometimes even reinforced it, saying, “The worst part is having to pack and unpack all the time.” But my husband often reacted with irritation. Our situation had advantages, he would explain. As academics, we had four-day weekends together, as well as long vacations throughout the year and four months in the summer. Everything he said was true, but I didn’t understand why he chose to say it. He told me that some of the comments implied: “Yours is not a real marriage. I am superior to you because my wife and I have avoided your misfortune.” Until then it had not occurred to me there might be an element of one-upmanship. I now see that my husband was simply approaching the world as many men do: as a place where people try to achieve and maintain status. I, on the other hand, was approaching the world as many women do: as a network of connections seeking support and consensus. by Deborah Tannen http://aggslanguage.wordpress.com/you-just-don%E2%80%99t-understand-by-deborah-tannen/

The single biggest problem
in communication
is the illusion
that it has taken place.
George Bernard Shaw