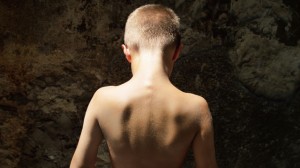 Douglas Besharov states in Recognizing Child Abuse: A Guide for the Concerned, “Emotional abuse is an assault on the child’s psyche, just as physical abuse is an assault on the child’s body”(1990). Children who are constantly ignored, shamed, terrorized or humiliated suffer at least as much, if not more, than if they are physically assaulted. Danya Glaser (2002) finds that emotional abuse can be “more strongly predictive of subsequent impairments in the children’s development than the severity of physical abuse.” An infant who is severely deprived of basic emotional nurturance, even though physically well cared for, can fail to thrive and can eventually die. Babies with less severe emotional deprivation can grow into anxious and insecure children who are slow to develop and who have low self-esteem. Although the visible signs of emotional abuse in children can be difficult to detect, the hidden scars of this type of abuse manifest in numerous behavioral ways, including insecurity, poor self-esteem, destructive behavior, angry acts (such as fire setting and animal cruelty), withdrawal, poor development of basic skills, alcohol or drug abuse, suicide, difficulty forming relationships and unstable job histories. Emotionally abused children often grow up thinking that they are deficient in some way. A continuing tragedy of emotional abuse is that, when these children become parents, they may continue the cycle with their own children. Some children may experience emotional abuse only, without ever experiencing another form of abuse. However, emotional abuse typically is associated with and results from other types of abuse and neglect, which makes it a significant risk factor in all child abuse and neglect cases. Emotional abuse that exists independently of other forms of abuse is the most difficult form of child abuse to identify and stop.

There is no greater evil
than those who willingly
hurt an innocent child.
Unknown