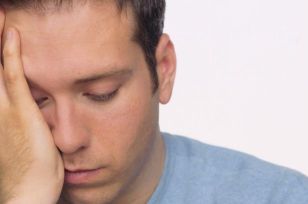 When you’re homesick for a home you never had and sick from the one you did you can grow up feeling that you’re never good enough.     Oh… the poor neurotic. Never good enough, and then when they are, they feel that they’ll be told to either keep it up or that it doesn’t make up for when they fell short or that they were just lucky. Even if they are not told, they can still hear those words in their head. At the core of many neurotics is an inability to comfort, calm, reassure or feel good about themselves and needing those to come from someone else. When they were young and that someone else only offered that comfort, calming, reassurance and approval if the young neurotic acted and behaved in a particular way, that can be a recipe for a lifetime of anxiety. When they did what was expected, the comfort, calming, reassurance and approval came (and rarely effusively); when they didn’t, it was withheld. This is what is often referred to as “conditional love.” The tragic thing about this is that the young neurotic, in order to receive the comfort, calming, reassurance and approval, must conform to the psychological and emotional needs of their caregivers at the cost of their own developing self as well as a piece of their soul. When they don’t do good enough according to what they believe their parent(s) expect, they feel a combination of guilt at having done something wrong and then fear by letting their parent(s) down who are often living a bit vicariously through their child. Their fear comes from feeling that having let their parent(s) down they are not just disappointed, but angry. Deep down they feel that they will lose a connection with that parent(s) if they disappoint them; they feel that if they anger them, it will completely sever the connection. And if that happens they will then feel alone, vulnerable, not enough by themselves and in a state of near panic. They need to realize that their parent(s) not being capable of loving unconditionally (possibly because of what they never received from their parents) doesn’t mean that the neurotic person is unlovable or that they are unworthy of being loved unconditionally. Furthermore, they should do their best to develop relationships with people who are capable of loving unconditionally. Ironically, they are often attracted to people who, like their parent(s), love conditionally, hoping this time they will receive the love that they continue to need inside to feel complete from someone similar to the one(s) they didn’t receive it from. From an article by Mark Goulston, M.D. http://www.huffingtonpost.com/mark-goulston-md/neurotic_b_1604624.html