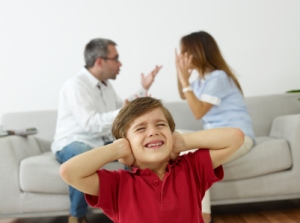 The energy of self-indulgent anger is contagious just like a nasty virus. It can infect your family though one member and be passed on to the others. Each person is affected by the anger in their social system and acts it out in their own unique way, whether they cower in silence with resentment or act out their anger on others. Anger is a major side effect of the chaos in the home and vice versa. The research on Post Traumatic Stress Disorder shows that the survivors of traumatic events are left with anger. The universal desire to survive during situations of threat are linked with high physiological arousal and anger. The hormones, increased muscle tension, and pounding heart are all activated to produce the resources to “fight or flight” to deal with the threat. Children learn this survival mode of reactive stress and hyper alertness when they are traumatized. Anger can become an automatic response and a protective mechanism, which “revs” up the body to deal with threat or perceived threat. Even when there is no emergency, the person can go into full activation of anger and become ready to fight. Children from angry families most often pick up anxiety, frustration and agitation that flavor how they see life. The research on Post Traumatic Stress Disorder shows that early trauma in life interferes with the ability to regulate emotion, which then leads to excessive anger, fear and rage. This inability to deal with frustration and anxiety can lead to extreme out busts of aggression. Or it can surface as icy cold hostility as a means of controlling other using looks of disgust to convey displeasure. From “So You Love An Angry Person” by Lynne Namka, Ed. D. http://www.angriesout.com/family2.htm

How much more grievous
are the consequences
of anger than the causes of it.
Marcus Aurelius