Posted by James Browning on July 17, 2013
Posted in: Abuse, Addiction, Self Destructive. Tagged: dysfunctional people, seeing myself clearly, self control. 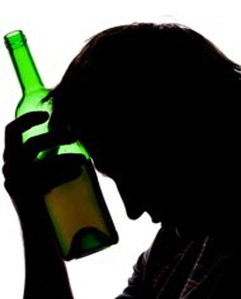 The difference in language may reflect gender and social norms. One possibility is that women downplay intoxication to fit expectations about how much women should drink, Levitt says [addiction researcher Ash Levitt]. When drinking heavily, women may be negatively perceived by their female and male peers, according to the study. Levitt says previous research suggests that college men overestimate how much alcohol their male peers consume and how much they are expected to drink. It may be a case of thinking, “‘Hey, I’m wasted and that’s OK because that is what is expected,'” he adds. But there are real-world implications for how people estimate intoxication levels, researchers suggest. “Clinicians such as psychologists and counselors could use this knowledge to work with men to help correct notions that being ‘hammered’ is both typical and acceptable, and with women to increase awareness about the potential dangers of underestimating their own or others’ degree of intoxication,” says Mark Wood, professor of psychology at the University of Rhode Island. One consequence of women underestimating impairment is that it may lead to sexual victimization, says Wood…”One example of this might be not recognizing a risky situation or overestimating the ability to manage it, such as recognizing and avoiding sexual assault,” he adds. Another consequence may be impaired driving, Levitt says. “Women may be at increased risk for alcohol-related consequences, such as drunk driving, if they or their friends underestimate how intoxicated they are,” by using terms such as “tipsy,” he says, “when in fact, they are heavily intoxicated.” By Cathy Payne http://www.usatoday.com/story/news/nation/2013/07/10/intoxication-language-women-men/2498445/

The first thing
in the human
personality that
dissolves in alcohol
is dignity.
Author Unknown