Change What You Believe 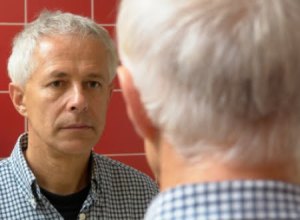 The approach of dissolving our image of perfection sounds contrary to our sense of logic about building confidence and esteem. This is because we have the belief that achieving the image of perfection will result in positive happy emotions and feeling confident with our success. We desire to feel these feelings and chase the image of perfection we have attached to them. What we may not be aware of is that achieving our image of success doesn’t effectively change our emotional state. It doesn’t do anything to permanently change the way the voice in our head speaks to us or what we believe about our self. Many times people have achieved their goals only to find themselves still unfulfilled. Your emotional state may briefly change in the euphoria if the immediate success. But the core belief of not being good enough and your long term habit of self rejection in the mind hasn’t been altered. The critical voice in our head is more likely to put a higher goal in front of us to achieve. The second belief to dissolve is that we are inadequate and somehow not good enough. These are the beliefs that create emotions of insecurity and fear. The emotions are not the problem they are just the resulting symptom of negative core beliefs. The “not good enough” image is a construct of our imagination. It is a belief about ourselves created by the mind concluding that we are “not good enough to meet the image of perfection.” A step to changing this belief is to recognize that we the one observing the “self” image. We can not be the “self” image we are looking at. We are the one doing the looking. This means the “self image we create is really a “non self” image. Taken from “Insecurity and Confidence” http://www.pathwaytohappiness.com/writings-insecurity.htm

I’m interested in the fact
that the less secure a man is,
the more likely he is
to have extreme prejudice.
Clint Eastwood