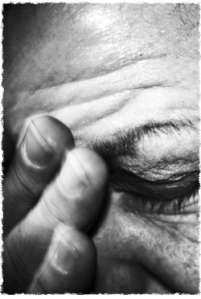 As a rule, codependents have difficulty identifying what they need. They often can’t tell what they feel; sometimes they just feel numb – too numb to sense their own fear. They can justify rescuing others in the name of love and concern, but don’t seem to know their own limits. As a result, codependents can be prone to depression, physical illness, or job “burnout.” They routinely overtax themselves, feeling guilty if they take time for their own self care. They seem incapable of relaxing, but seem forever to be giving, rarely allowing themselves to receive. Their friendships consist of caseloads of needy people; yet, codependents rarely feel that they are doing enough for others. They have a hard time saying “no.” In the work setting, they may put in endless overtime (sometimes without pay), but fear they are frauds and incompetents, feeling grateful they still have jobs. They may go from one unsatisfying relationship to another, mystified at how they fall prey to such an endless stream of “losers.” Most ironically, codependents may themselves suffer from compulsive and addictive patterns, including addictions to: destructive relationships; work; overeating and other eating disorders; excitement and chaos; and sometimes substance abuse. They feel sad, deeply alone, drained, and often desperate. They wish that someone could hear their pain. Frederick A. Levy LCSW

I used to spend so much time reacting
and responding to everyone else
that my life had no direction.
Other people’s lives, problems,
and wants set the course for my life.
Once I realized it was okay for me
to think about and identify what I wanted,
remarkable things began to take place in my life.
Melody Beattie