The Pain to Stay the Same 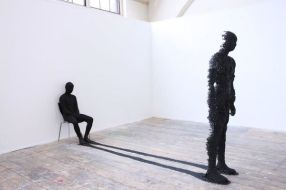 ix years ago I went through a painful break up that ended an eight year relationship. Being truly in love with my wife, I was heartbroken when she filed for divorce. Old bad habits of medicating my problems conjured up a compulsion that caused her to push me out of her life. No, it was not drugs or alcohol, but sex for sex sake. That old compulsion I had managed to stave off for quite a few years took me over at a difficult time. There was little to no physical intimacy happening in the marriage, so I went else where. I regret it to this day. Yes, there are factors I can blame like divorced parents who set a horrible example, abused their children emotionally and caused them to feel neglected and without self-worth. That’s all true, but was a good excuse only into early adulthood. That I was still lost in the haze of dysfunction that screwed up my life 50 years later was my fault and not my parents. For the majority of people getting  into recovery is because something deeply emotional happens. Change usually takes a jarring catalyst, just as the breakup and divorce was for me. When the pain to stay the same exceeds the pain to change, we change.

Sometimes it’s the smallest decisions
that can change your life forever.
Keri Russell